Gauteng, South Africa (January 15, 2019) —  “Enough is enough.” This was the moving message echoed by hundreds of bikers from across Gauteng on Isando Road on Saturday morning, where they gathered in honour of their fallen friend TC Frankenberg. 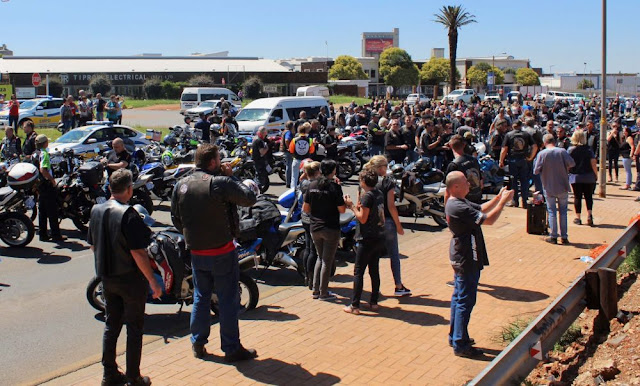 Clr Simon Lapping estimates that around 200 to 300 bikers were present in honour of the fallen biker, father and husband

The 32-year-old biker, father and husband died on December 26, after being critically injured in a motorcycle accident at unmarked road works on Isando Road on December 14. He was returning from Primrose, where he had visited his parents when he hit a sandbank.

There was a sombre atmosphere as the bikers arrived in their masses to commemorate him. No sound, except for their motorcycle engines, could be heard. 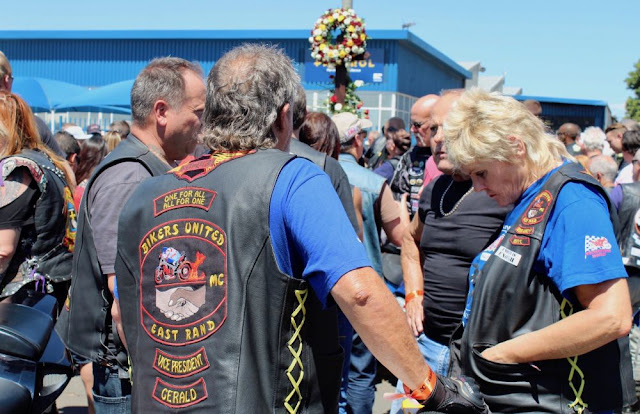 On their black leather jackets, they wore the message ‘TC Frankenberg, loved by all’.
According to Clr Simon Lapping, 15 accidents were reported to have occurred on Isando Road because of the unmarked roadworks. “There’s been no apology [from the City] and no condolences. This can’t go on.”

“His death will not be in vain,” Member of Parliament Michael Waters (DA) told Express, metres away from where Frankenberg had crashed.

“Through national Parliament and the local council, we will ensure that the contractors are held accountable, as well as the council. They cannot just wash their hands off of this.”


A memorandum has been signed by family and friends of Frankenberg, as well as members of the public, that gives the City 60 days to investigate the work done on Isando Road from July 2018 to date.

“An audit must be done of all contractors working for the municipality, and all unqualified contractors must be removed and blacklisted,” the memorandum read.

Frankenberg is survived by his wife Charmaine and two-year-old daughter Raven. Charmaine could not hide her tears as she placed a rose on the wreath and cross next to her late husband’s accident scene.