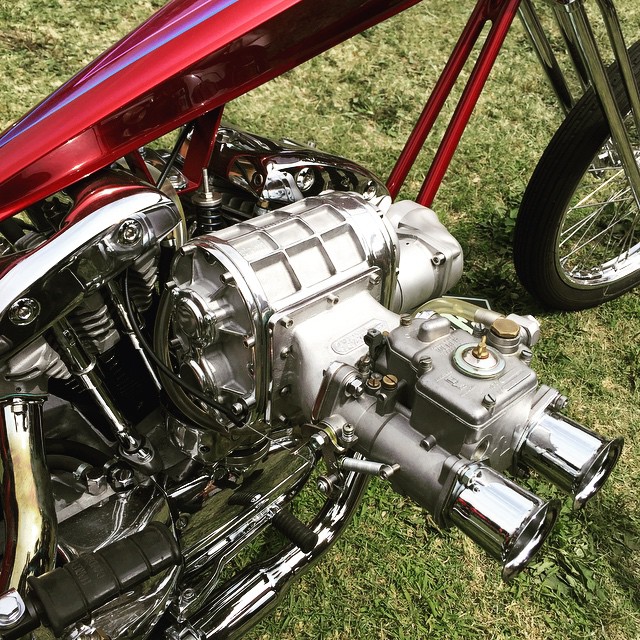 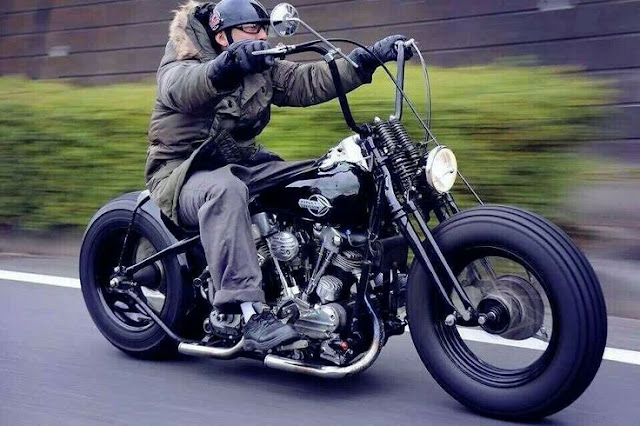 
ST. Paul, Minnesota - 2/24/2015
A minority group claims its members are being unfairly profiled, stopped by police for no valid reason, and it’s demanding a bill to prevent it.

The legislation, put before the Minnesota Senate Judiciary Committee Monday by Sen. David Osmek, R-Mound, requires Minnesota’s Board of Peace Officer Standards and Training to develop a statewide policy to eliminate motorcyclist profiling, including methods to identify and avoid it. It also requires every law enforcement agency in the state to have “a written anti-motorcycle profiling policy.”

In testimony, several members of Minnesota motorcycle clubs laid out a litany of their own experiences: Officers they believed had pulled them over on trumped-up pretenses questioned them about who they were and why they were in their community and, in some cases, photographed their tattoos and patches.

“It’s my constitutional right to be in a motorcycle club,” said Jim Jahnke of Rochester, the national vice president of the Sons of Silence Motorcycle Club.

“I am not a criminal. … I think law enforcement is ill-educated,” said Jahnke’s wife, Audrey Jahnke.

After Frank Ernst of Chanhassen, representing American Bikers for Awareness Training and Education of Minnesota, described an instance in which he said he was pulled over by an officer who claimed he hadn’t seen Ernst’s protective eye wear, which he was wearing, Senate finance Chair Ron Latz, DFL-St. Louis Park, asked if Ernst had filed any complaint with the agency in question.

Ernst said he hadn’t but that he would in the future.

Jim Franklin, executive director of the Minnesota Sheriff’s Association, along with a representative of the Minnesota State Patrol both testified they had not found evidence of a single complaint filed against law enforcement agencies concerning profiling motorcyclists.

The not-so-subtle implication: That might be a good place to start.

Mimicking the testimony of Nathan Gove, executive director of the officer standards and training board, Franklin said current statutes and guidelines already required impartiality as well as arrests based on “reasonable suspicion and probable cause.”

“This (legislation) is unnecessary because of existing law,” Franklin said, before noting he himself rode horses, often had crap on his boots — but looked forward to having discussions with people to help them understand that cowboys weren’t so bad.

He suggested motorcyclists do the same. 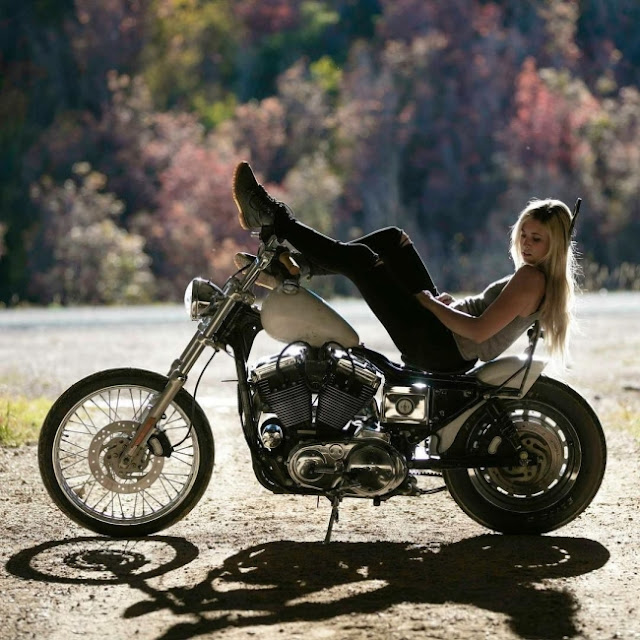 Out riding with friends on my Harley and found a nice sunny spot to take a break and stretch
at 8:32:00 AM 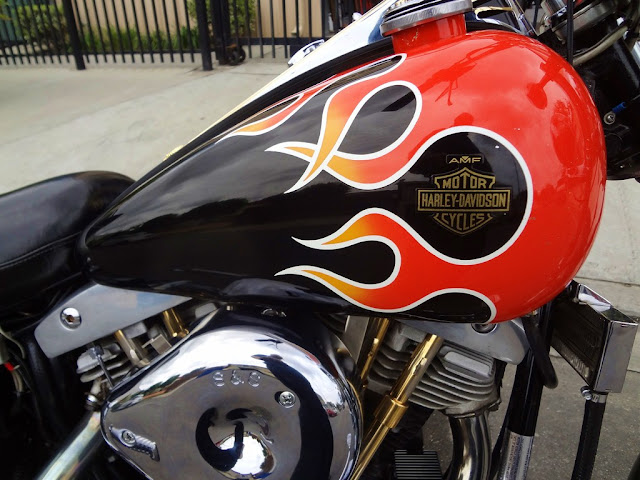 FXWG Wide Glide, a Low Rider with wide forks and a flame pattern painted on the tank
at 8:07:00 AM

Eureka Springs not happy with Bikers 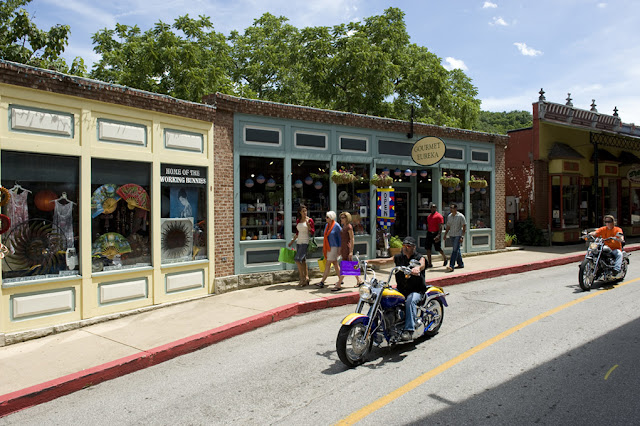 
In its early days, Eureka Springs, Arkansas, was a popular Victorian-era spa resort, with visitors arriving by train to take the water cure in the 1890s.

Decades later, in the 1940s, a group of painters, traveling to this small Ozarks village by automobile during the summers, established a permanent art colony. Today, more than 10 percent of the town’s 2,000 residents work as artists, either in their own studios or in more than 30 galleries amid Eureka Springs’ steep curving boulevards and lush spring-fed gardens. 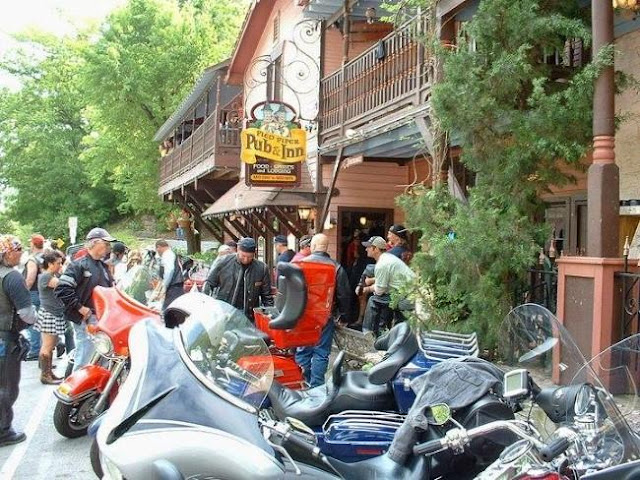 Over the last few years, tourists have been arriving by a louder mode of transportation. Motorcyclists are discovering Eureka Springs, opening leather, lingerie and tattoo parlors, Harley shops and biker bars.

A single biker rally over one weekend will pack the town, says Jeremiah Vasquez, kitchen manager at the Pied Piper Pub and Cat House Lounge. 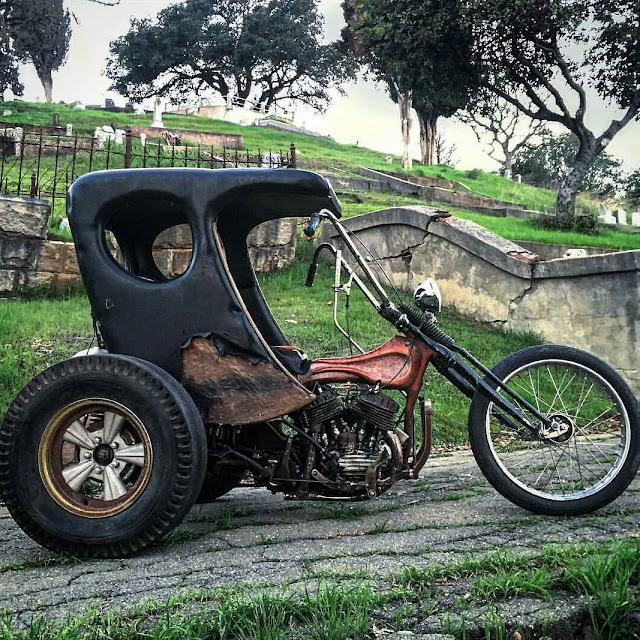 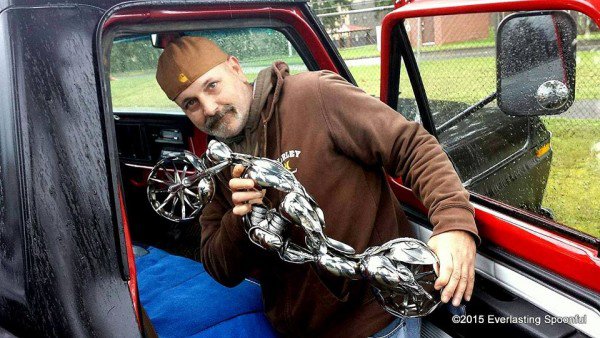 Air Force Veteran James Rice, of Tacoma, WA. is one creative dude.  James flattens, bends, twists, and shapes spoons by hand and turns them into art. “Everything on his chopper is spoons; engine, wheels, tires, gas tank. He truly sees how to make the unassuming spoon into something most of us would have never thought of.”

James is a 23 year Air Force veteran, who now works on Joint Base Lewis McChord as a civilian helicopter inspector. Even though he often works around 60 hours a week, he also works on his creations nearly every night. 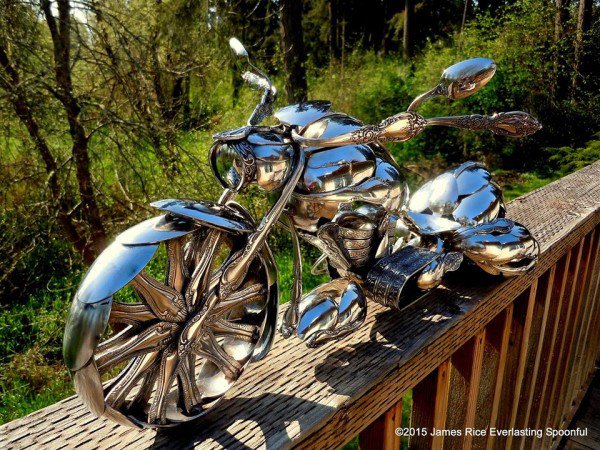 His Motorcycle Art shimmers in the Washington State Sunshine

James has come up with some very creative ways to bend and shape them, all without heating or hammering, to leave the original  shape of the spoon he started with and form them into motorcycle art. So he’s able to give them the desired shape without spoiling their original beauty. 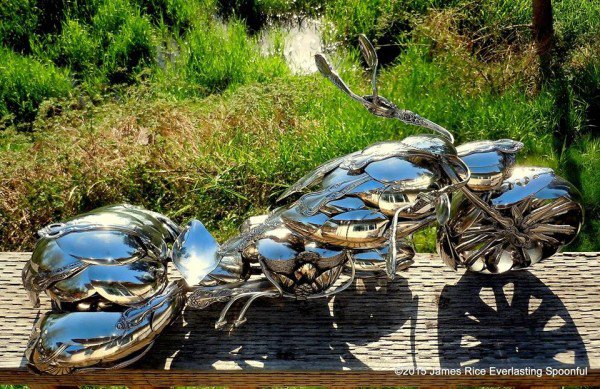 Another view of this amazing beauty

“I was good in art,” he later revealed. “I could draw, but I really liked taking things apart and putting them back together. I made my own bikes. I restored cars, built motors. In middle school, I built a mini bike. Anything that had a motor in it, I was intrigued.” 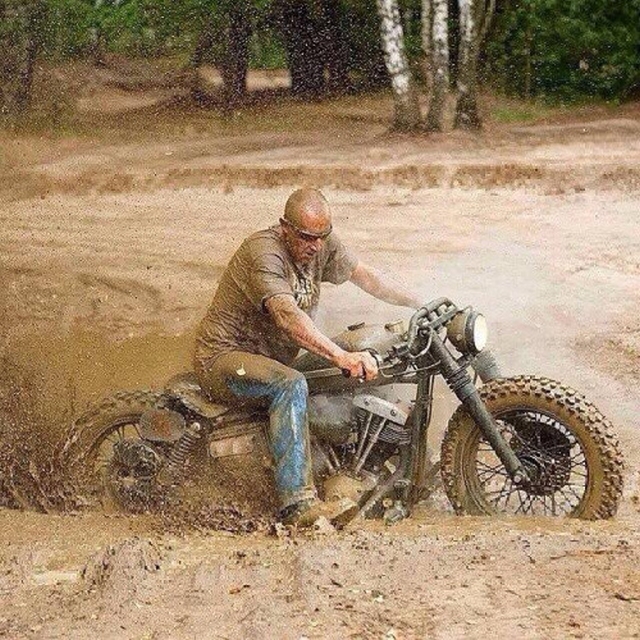