Trenton, New Jersey  (November 28, 2018) — Paul Corelli survived a motorcycle crash on Route 29 two years ago, but died “hours later” because Trenton Police failed to find him and get him help, according to a wrongful death suit filed this month by the man’s family. 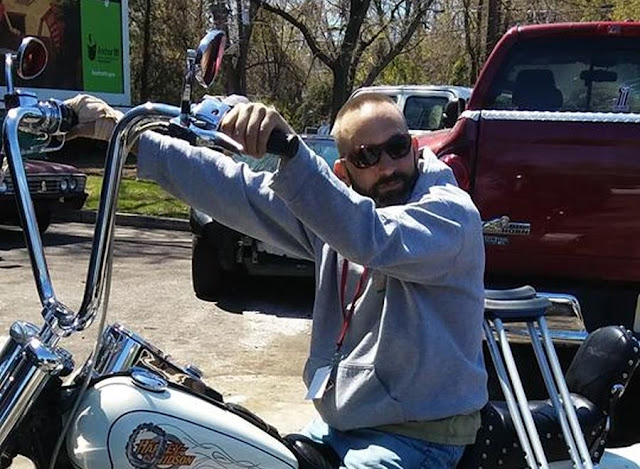 Corelli’s daughter, Amanda, claimed police officers who responded to the crash site didn't fulfill their “duty” to search for Corelli after someone called in Nov. 22, 2016 to report an abandoned motorcycle on the highway.

The lawsuit accuses the city of negligently training officers, contending the oversight contributed to the tragedy.

“The City of Trenton’s breach of duty was the proximate cause of Paul Corelli’s injuries and eventual death,” the lawsuit states. Corelli’s legal camp called his death a "tragic case."

"We strongly believe that he most likely would be alive today if he was located," attorney Brian J. Duff said. The city doesn’t normally comment on pending litigation. Corelli’s death has been shrouded in mystery since cops first responded to the crash site Nov. 22, 2016.

I remember when he road up to the bar on this day. I told him he was one of the most crazy hardcore bikers I've ever met...
Posted by Jamie Peck on Saturday, November 26, 2016


Police officers discovered a motorcycle but there was no sign of a motorcyclist, leading them to believe the motorcycle had been abandoned.

Growing worried because he wasn’t picking up his cell phone, Corelli’s friends went to the Route 29 crash site the next day to search for him.

They called 911 immediately upon discovering Corelli’s body in the center median near Rho nightclub.
Police officials admitted it was “quite possible” Corelli had been there for nearly 24 hours.

His motorcycle was found abandoned on Route 29 around 9:15 p.m. Nov. 22. Corelli was discovered around 8:50 p.m. Nov. 23, the day before Thanksgiving, in a median about 900 feet away from his motorcycle, police said at the time.

“He was found approximately two and a half football fields away from the original scene,” then-Lt. Rolando Ramos, who has since retired, told The Trentonian. “We believe something happened that caused him to fall off the motorcycle, but the bike kept going.”

Detectives treated Corelli’s death as accidental, but hadn’t ruled ruling anything out at the time of The Trentonian’s last story. They were gathering surveillance footage to piece together what happened.

Corelli’s attorney wrote in the complaint that medical records indicated Corelli survived the crash and died “many hours later” from his injuries. Paul's obituary from 2016.

The organization exists to “provide aid, comfort, safety, and support for children that have been sexually, physically, and emotionally abused,” according to its website, and now has chapters in 17 countries, including BACA’s Mid Vancouver Island chapter, formed in 2012. BACA deals with children age 2 to 18. The abuse must have been reported to police and it must be the parent or guardian of the abused child that contacts the club for its members to consider becoming involved with the child and the child’s family. 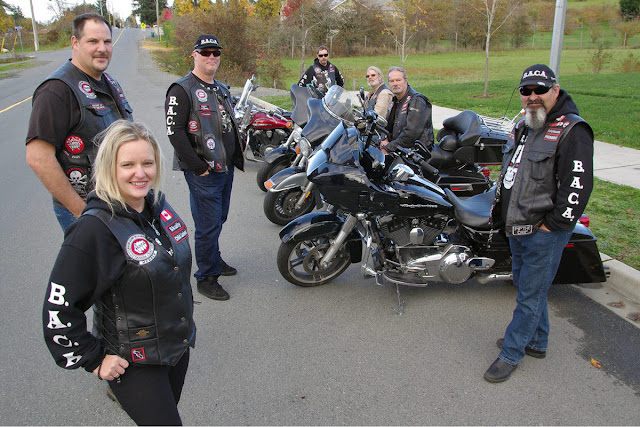 “What we do is we work to empower kids that have been through abusive situations, that are feeling fearful in the world that they live in,” said Sarah (Skully) Smith, the mid Island chapter’s child liaison.

When BACA riders work with a child, they seek to become, in a sense, a family of big brothers and sisters to the child. Children under BACA’s watch can call on riders simply to be with them if they feel frightened at home. The riders can also escort children in their neighbourhoods, support the children at court and parole hearings and other situations the child might find frightening or overwhelming. “We’re very careful to make sure that we empower the children to find the strengths within themselves and don’t become their strength because that’s not our mission,” said Tom (Motown) Goudreau, BACA Mid Vancouver Island chapter president. “It’s about find the strength within them and then going forward with healing that comes beyond that.”

Goudreau said BACA riders work with tens of thousands of children worldwide and with all agencies in place to help children dealing with abuse. “Sometimes we’re working in the court system and we’re working with the victim services people … Every agency that’s there to help children, we’re aligned with … On the Island, we have a very active chapter. It’s unfortunate. Child abuse is epidemic in our view and there’s no shortage of children to help,” Goudreau said.

Goudreau, who is a father and grandfather, said he joined the organization because it combines the things he loves, children and motorcycles. He said BACA focuses strictly on the children it helps and is not a “creep catchers organization;” dealing with perpetrators is the job of the police and the courts and none of the club’s concern. “Our mission is narrow enough that we only deal with the children that live in fear,” Goudreau said. “Unfortunately where child abuse is concerned, a lot of them do live in fear … So we’re all about getting that child what they need moving forward to be able to heal and get on with a life and not have the trouble with drugs and alcohol and those kind of things that can happen when you don’t deal with this stuff.”

Prospective members must pass criminal background checks and undergo extensive training to qualify to ride with the club. He said it’s important that people understand that BACA members are vetted and well-trained.

“When they get through the criminal background check – and they’ve been around the club for months at that point – we start the training,” Goudreau said. “There are no less than 40 courses right now that everybody gets put through … to train to be around wounded children … We have real strict protocols to protect, not only us, but the children and families that we serve.” Privacy for the children the club helps and its members is paramount, so club members only refer to themselves publicly by their road names. Goudreau, Smith and chapter vice-president Bob Parent agreed to be identified for this article because they want families know they are there to help if needed.

“We just want our communities around here to know about us, to know that we’re a resource that’s available to children in our area as well,” Smith said. To learn more about BACA International, click here.

Pensacola, Fla (November 11, 2018) — Hundreds of bikers rolled into Pensacola for the re-scheduled Thunder Beach Motorcycle Rally. Now more and more often, those bikers are women. According to the Motorcycle Industry Council the number of women riding motorcycles doubled between 1998 and 2015. 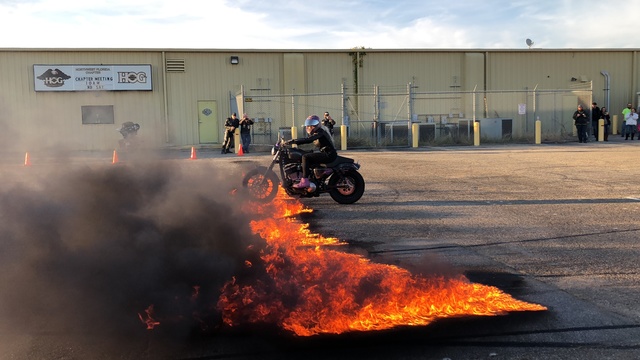 Christina Billings is a stunt rider, she says she vowed to never get on a motorcycle because they were too dangerous. A friend pressured her to ride on the back of one and she instantly fell in love. Within a month she had her own bike and immediately started practicing stunts.


Now "Chrashtina," as she calls herself, has been stunting for 7 years, traveling the country doing shows. She's also inspiring more women and even little girls to get behind the handle bars. She performed this weekend at Harley Davidson of Pensacola during the Thunder Beach Motorcycle Rally. 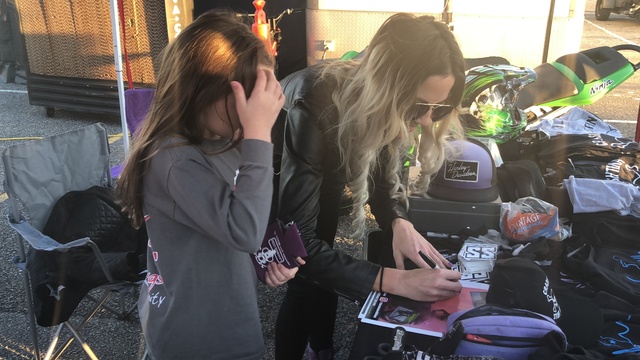 Thunder Beach is held in Panama City Beach every year, but this year a smaller version of the rally moved to Pensacola because of the devastation left behind from Hurricane Michael.

The rally will move back to Panama City Beach next year.

[DE]CONSTRUCTED: Premier show features tear down of a 1974 HD Shovelhead

November 6, 2018 -- If you want to get to know something, tear it down. Not in the bullying, find-their-weakness sense. In the careful, solvent-soaked sense. That’s the approach Canadian-born motorcycle mechanic Matt Dawe took with the 1974 Harley Davidson “Shovelhead” motorcycle he recently bought in upstate New York and hauled back to his Brooklyn shop in the back of a friend’s van. 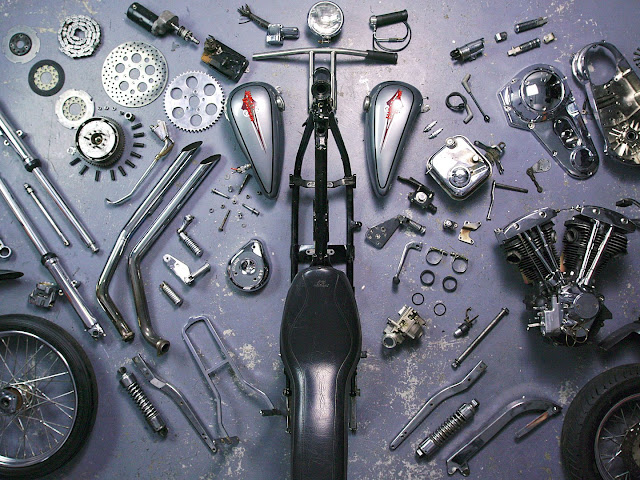 In this premiere episode of WIRED’s new original series, [De]constructed, Dawe takes apart the 44-year-old bike piece by piece, starting with the seat. He washes each bit with kerosene to wipe away the grease and gunk, battles with stripped bolts, and only once resorts to the blunt force of the deadbolt hammer. By the end, the only thing sitting on his bench is the Harley’s naked frame.

The result is a 34-minute journey into the heart of the hog, at the end of which you’ll know a whole bunch more about motorcycles than you when the Shovelhead was intact. And don’t worry if you’re not into bikes or can’t keep up with such poetic jargon as “I’m moving the top nuts of the fork tubes so they can slide out of the triple-tree.” The true joy in this video is the lesson that modern machines are terrifically complex things, stuffed with compensator nuts, clutch baskets, derby covers, and more.


And after you’ve finished this one—it’s ok to watch it twice—check out more WIRED on our YouTube page, or on your very own television through our very own OTT channel.