Springfield, MA (October 5, 2018) BSB — Indian Motorcycle unveiled the FTR 1200 at a motorcycle industry show in Germany along with a campaign to support the launch.

The company is positioning it as its next landmark bike with the aim of bringing a new generation of riders into the brand.

The company has focused on being more than a traditional American V-twin brand, known for heavyweight cruisers and baggers, says Steve Menneto, president of Indian Motorcycle. 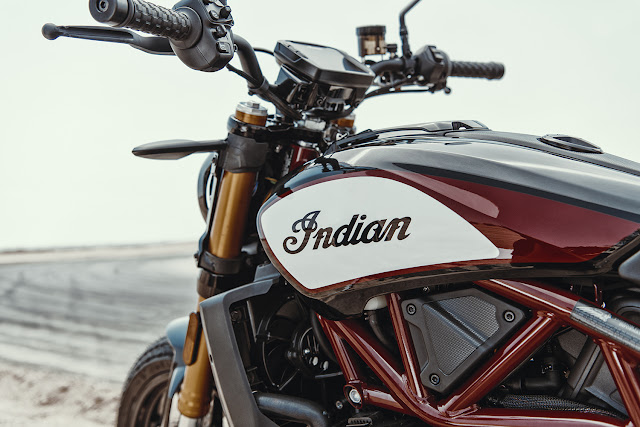 “Our mission is to expand the brand’s reach to a wide range of riders and riding segments, and the FTR 1200 is a dramatic first step,” Menneto said.

“Indian Motorcycle was founded on performance and innovation, and we remain grounded by our founder’s mindset of constantly pushing forward.  In light of that history, the FTR 1200 is a natural extension for the brand."

Born of Indian Motorcycle’s recent back-to-back championships in American Flat Track Racing, the bike incorporates the aggressive styling of Indian’s FTR750 race bike and serves it up in a street-legal version.

The supporting launch campaign from Solve, “Born on the dirt. Built for the street.,” brings hooligan dirt-track racing culture to the pavement with a wheelie-popping SoCal vibe.


It includes a 92-second launch film, “Garage,” featuring the world’s top flat track racer, Jared Mees, as he deftly executes a harrowing near-death slide into a single-car garage that unexpectedly appears on his high-speed practice lap. With death eluded, his race bike transforms to finally reveal the new FTR 1200 as it’s unleashed to rally on the urban grid of Long Beach.

“The FTR 1200 represents a new era in Indian Motorcycle’s storied history,” says Sean Smith, Solve executive creative director/partner. “We took great care to signal a new day at every turn, from how we shot the riding footage, to the track, to the cast.”

In addition to the launch film, the campaign will roll out across social media, website and printed materials.