Milwaukee, WI (March 15, 2018) BSB  — Shortly after revealing plans to market its first electric motorcycle, Harley-Davidson has announced an investment in an electric bike startup as part of its plans to modernize and electrify its range of two-wheeled machines. The Wisconsin-based motorcycle maker will invest in Silicon Valley-based Alta Motors, headed by Tesla co-co-founders, which has been working on electric motorcycle tech for the past few years. 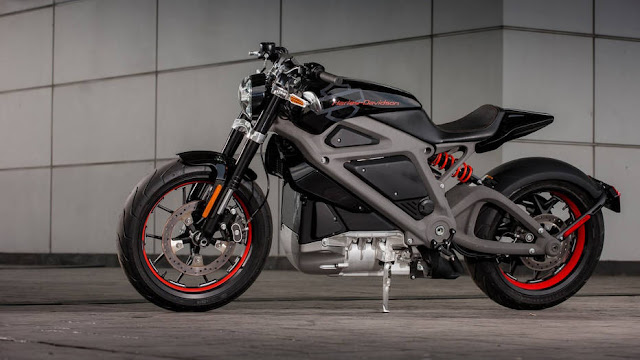 The impetus for such a move, of course, is the rapidly changing motorcycle market. The big bikes that have sustained Harley sales for decades are waning in popularity, and the motorcycle maker has found itself trying to woo a generation that isn't as interested in big, heavy and expensive motorcycles -- but could be in the market for affordable, easy-to-use and compact zero-emissions urban motorcycles if presented with such an option.

"Earlier this year, as part of our 10-year strategy, we reiterated our commitment to build the next generation of Harley-Davidson riders in part by aggressively investing in electric vehicle (EV) technology," said Harley-Davidson President and CEO Matt Levatich. "Alta has demonstrated innovation and expertise in EV, and their objectives align closely with ours. We each have strengths and capabilities that will be mutually beneficial as we work together to develop cutting-edge electric motorcycles."

Alta's current expertise isn't in road bikes -- the EV startup has been focusing on off-road motorcycles -- but it's the battery and electric motor technology that's crucial for Harley-Davidson. After all, it's really the motorcycle's propulsion method that is at stake; on everything else, Harley-Davidson already has plenty of expertise.

"Riders are just beginning to understand the combined benefits of EV today, and our technology continues to progress," said Alta Motors chief product officer and co-founder, Marc Fenigstein. "We believe electric motorcycles are the future, and that American companies have an opportunity to lead that future. It's incredibly exciting that Harley-Davidson, synonymous with motorcycle leadership, shares that vision and we're thrilled to collaborate with them."

Harley-Davidson is focusing on something else besides electric powertrain as a part of transforming its model range: ease of use. Most of its lineup for the past couple of decades has been heavier and aimed at leisure riding, rather than everyday mobility (as tends to be the case in markets like Europe). Harley-Davison now views "twist-and-go" operation, one free from operating the clutch and gears, as the future of motorcycles in general, as part of revamping a motorcycle's basic appeal to customers.