San Francisco, California , USA (March 26, 2019) BSB — Lyle Tuttle was known as the “father of modern tattooing” and a revolutionary protagonist in the history of tattooing has died. He was born in 1931 and grew up in Ukiah, California. 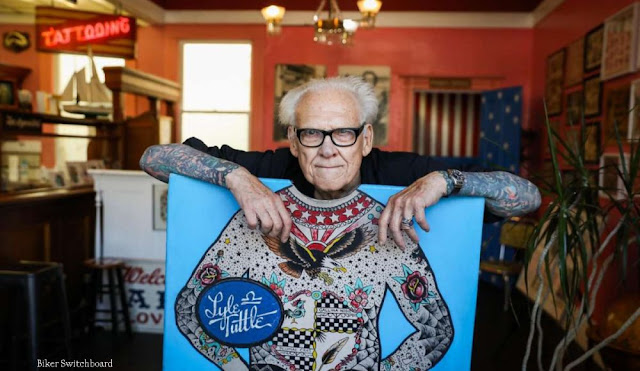 He had been tattooing since 1949. At the age of fourteen he purchased his first tattoo for $3,50. He has been working for Bert Grimm and has been tattooed by him. His first shop was open in San Francisco for 35 years. He has tattooed on all seven continents and has become a legend within the industry. 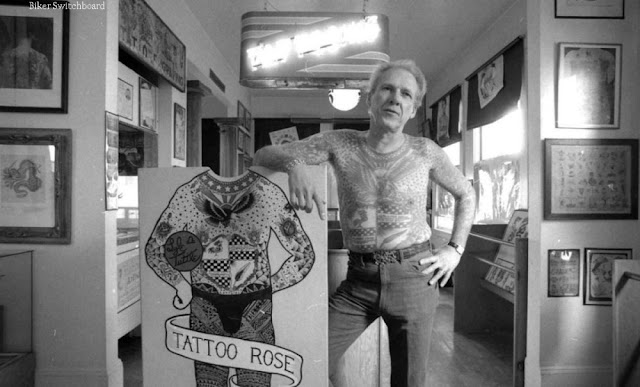 Mr. Tuttle tattooed Janis Joplin, Cher, Jo Baker, Henry Fonda, Paul Stanley, Joan Baez, the Allman Brothers and many, many other notable musicians, actors, and celebrities. He officially retired in 1990 but he did occasionally tattoo his signature on a friend or acquaintance. 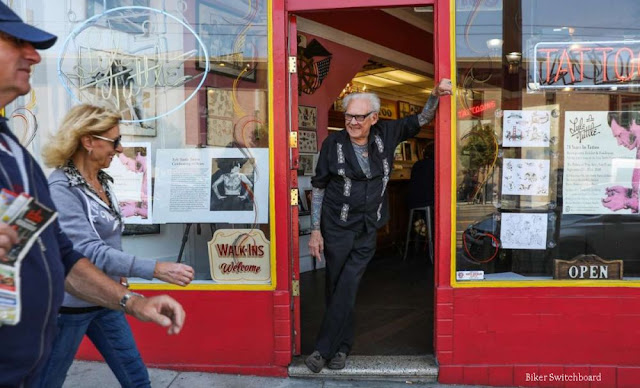 He also opened The Lyle Tuttle Tattoo & Museum in San Francisco. It features his own collection of tattoo memorabilia, in an effort to preserve the tattoo history for future generations. He says that “tattoos are travel marks, stickers on your luggage. Tattoos are special, you have to go off and earn them. You can go into a jewelry store and buy a big diamond and slip it on your finger and walk out. It’s not like that when you go into a tattoo shop and pick a big tattoo and pay for it. Now you got to sit down and take it.”


Lyle Tuttle died March 26, 2019 in Hospice due to complications from throat cancer, he was 87 years old.


We are heartbroken to communicate that our beloved friend Lyle passed away peacefully last night. Lyle inspired so many of us with his joy for living, his boundless creativity, humor, and unconditional friendship. He will always be our favorite tattooed prince. He lifted us with the magic in his soul and his bright spirit across oceans, time and space. A service to honor and celebrate Lyle will be held this Saturday at 2pm at Eversol Funeral Home in Ukiah. Come one come all- let’s make this a gathering as wonderful and special as Lyle has made us all feel. He loved us all.... Please respectfully do not call the Ukiah house at this difficult time. More details to follow. #lyletuttleforeverbelovedfriend #oneinamillion #beafriend
A post shared by Lyle Tuttle (@lyletuttlecollection) on Mar 26, 2019 at 8:01pm PDT