Arlen Ness, the great designer of American custom parts and motorcycles, passed away on March 22, 2019. The world of custom motorcycles loses one of their great artists. Since 1992 he has been part of the AMA Motorcycle Hall of Fame.

Today the world of motorcycles is a little uglier, because Arlen Ness has left us. The great American custom artist, one of the great transformers of Harley Davidson, Indian or the Victory, left us on March 22. His catalog of motorcycles is impressive and his love for motorcycles even more. In the Facebook profile of his company Arlen Ness remind him with a phrase: "for me the bikes have been like a great ride, since I have been working on motorcycles everything has been wonderful ... We have been able to go anywhere in the world and we have always met with friends, with a large family. " 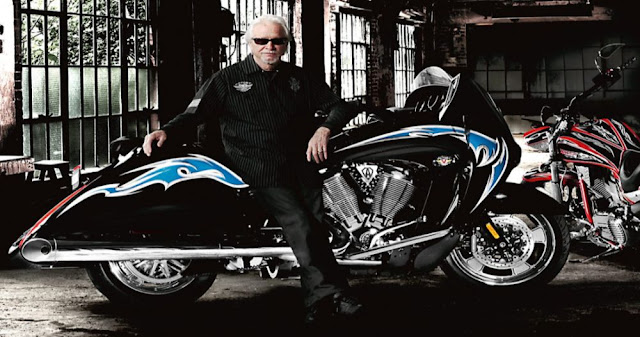 For many Arlen Ness was the king of custom, his designs have gone around the world and having one of his accessories on our bikes was like having a great jewel.

Arlen Ness was born in Moorhead, Minnesota in 1939. He was a self-made man, worked in multiple trades, including furniture transporter, and made some money to acquire a Harley Davidson Knucklehead, which he transformed and achieved the first prize of the San Francisco Show Bike of 1967.


With this recognition he was encouraged to continue transforming motorcycles in the garage of his house in California, until in 1971 he set up his own shop of motorcycles and accessories.

Since 1971, his fame has only grown due to the unique style of his decorations and the development of his catalog of personalized pieces. He installed his headquarters in Dublin, California in facilities that have a small museum with 40 of his most select achievements. 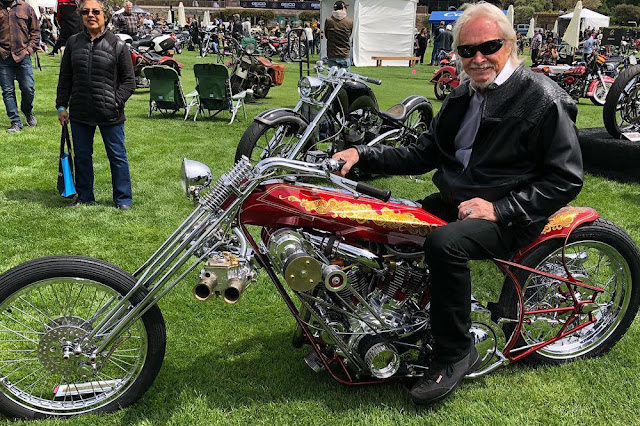 Arlen Ness has several awards as the constructor of the year and is part of the "AMA Motorcycle Hall of Fame" since 1992. Today his son Cory Ness is the one in charge of the Arlen Ness company in a 100 percent family business.


In addition to his creativity, Arlen Ness had a good business vision. He was one of the first to standardize a catalog of "unique" pieces that became the object of desire of the lovers of the custom.

On the style of Arlen Ness, it should be noted that he was very inspired by the world of the Dragsters, with very long bikes and impressively elongated backward handlebars. In the words of Arlen Ness: "I love the style of the 'dragbikes', narrow, elongated and very low." Some of their most famous bikes were the Ferrari Bike or the Toobad that contained two engines of a Harley Davidson Sportster. All his works were works of art. Rest in peace, American friend.