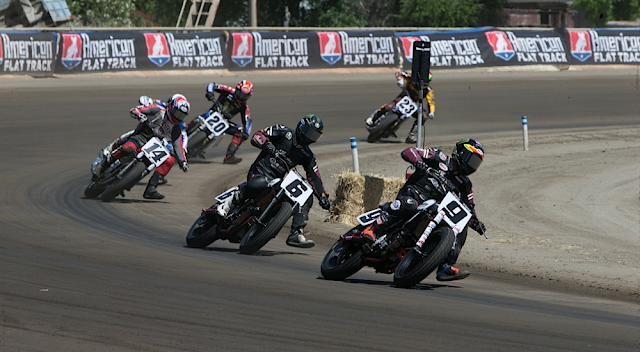 In addition, AFT legend and fan favorite Brad “the Bullet” Baker returns as Technical Advisor and Rider Coach for the Bauman brothers. After capturing the top three spots in the 2019 standings, Indian Motorcycle Racing enters the 2020 series with its sights set on capturing its fourth consecutive Grand National Championship and Manufacturer’s Championship.

“Powered by the momentum of Briar winning his first Grand National Championship, the emergence of Bronson as a legitimate series contender, and Jared’s unparalleled intensity and drive to reclaim the number one plate, we couldn’t be more excited by our prospects for the 2020 series,” said Gary Gray, Vice President – Racing, Technology and Service for Indian Motorcycle. “For the fourth straight season, we will have a massive target on our backs with the entire paddock looking to take us down. But we know our three riders and their crews are more than up to the challenge and determined to continue our championship streak for a fourth consecutive season.” 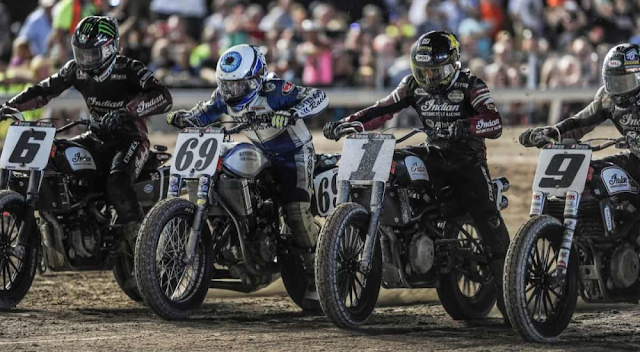 The Bauman brothers will again be backed by the operational and technical expertise of Paul Langley and S&S. The ongoing support from S&S since Indian’s return to the series in 2017 has been instrumental to the capabilities of the Indian FTR750, now a fixture throughout the AFT paddock, and the performance of Indian Motorcycle Racing and its riders.


2019 saw the Bauman brothers stake their claim as the sport’s most dynamic duo, under the guidance of Crew Chief Dave Zanotti. Briar Bauman asserted his dominance immediately, winning the Daytona TT season opener, and never relenting the rest of the season on the way to his first Grand National Championship. The elder Bauman was a picture of consistency, capturing five victories and earning podium finishes in 17 of 20 events.

Meanwhile, 2019 was a season of extremes for Mees, capturing a series-best eight victories, only to come up a mere seven points short of his seventh Grand National Championship. For the younger Bauman, 2019 was a year to establish himself as one of the series’ most intense and exciting competitors, capturing five podiums, including his first career AFT Twins victory at Laconia.

“Every team in the paddock understands how invaluable the support of sponsors are to the success of a team, and for us, it’s no exception,” said Gray. “You can’t underestimate the advantage it brings to have the resources and support of companies like these that are so heavily invested in our success, and the success and growth of our sport overall.”

For 2020, AFT is introducing new regulations to continue its ongoing effort to create more competitive balance, and once again, these regulations challenge Indian and the FTR750 specifically. The case in point is AFT’s mandate that the Indian FTR750 will have a limit on flywheel mass which can affect power delivery and stability.

“We had a lot of constructive conversations with AFT and certainly understand the motivations behind their decision to regulate our bike in this manner, people want to see more than one brand on the podium, but it can be frustrating to be punished for winning,” said Gray. “Regardless of this, or any other potential obstacle, we come to win, and we have full confidence that in 2020, we will once again do just that.”

Indian Motorcycle is America’s First Motorcycle Company®. Founded in 1901, Indian Motorcycle has won the hearts of motorcyclists around the world and earned distinction as one of America’s most legendary and iconic brands through unrivaled racing dominance, engineering prowess and countless innovations and industry firsts. Today that heritage and passion is reignited under new brand stewardship. To learn more, please visit www.indianmotorcycle.com.
at 6:20:00 PM