"Motorcyclists are about riding, chasing the wind, riding free," said Raymond Gallegos, president of the New Mexico Motorcyclist Rights Organization. "It's a weekend to recognize those that have fallen for us. It really is a rally it's about the brotherhood and sisterhood of riding motorcycles." 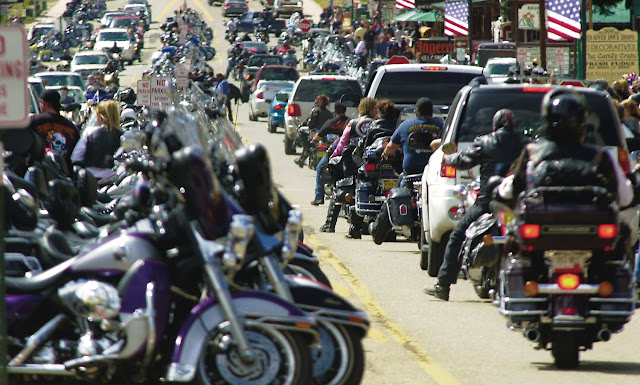 Gallegos has a passion for keeping bikers safe and alive. "This is Memorial Day weekend, we've lost some dear friends in the past, when there's a ride," Gallegos said. "We are very attentive to what's going on especially safety and alerting the public that there is going to be more riders on the road."

"We saw four ambulances pass us and immediately we had that feeling that something was wrong," said Annette Torrez, who was one of the hundreds of riders gathered at Red River.

She got a text on her phone: "6 motorcycles down, two fatal, three critically injured."

Police say two people on a Harley Davidson were killed.

The driver of the motorcycle was 58-year-old Lawrence Robert "Tiny" Cortez. His family said he loved to ride, was very giving and was always there for his friends.

His passenger was identified as 43-year-old Jennifer Lynn Ashley. "Hold your memories closely and tell your family you love them," Torrez said.

Police say Cortez crossed the center line into traffic and collided head-on with another Harley Davidson. "We would like to express our sincere condolences to the families of those that lost their life," said Jessica Cisneros with the Red River Visitor's Center.

"We have a slogan this year 'If you live to ride, you need to ride to live,'" Gallegos said.


He has some reminders for all drivers: make sure to do safety checks on bikes or cars, check braking distance and check blind spots. "I want everyone to make it home safe," he said. "We have some incoming weather that's going to impact the ride home, just make sure you're taking your time. Don't become a memory on Memorial Weekend."

Since January the organization has recorded 128 crashes, 16 of which were fatal.

As for Saturday's crash, police don't believe alcohol was involved. Four other people are in critical condition.