Senior U.S. District Judge David Ezra is scheduled to sentence John Xavier Portillo, the national vice president of the Bandidos, at a morning hearing. Portillo, 58, served as second in command for national president Jeffrey Fay Pike, 62, of Conroe, who led the club for more than a decade. 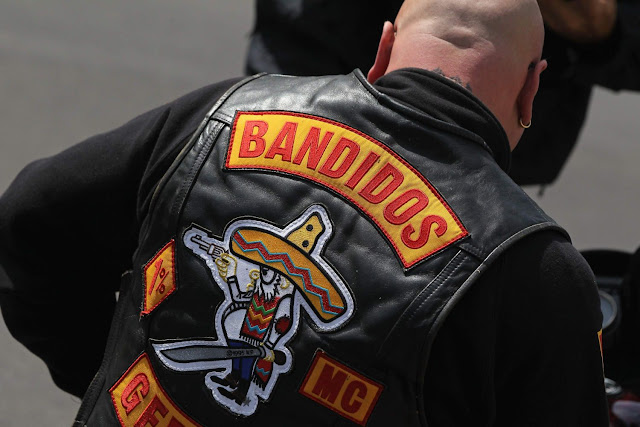 Both were convicted after a three-month federal trial in San Antonio of ordering and sanctioning a racketeering conspiracy that aimed at keeping the biker club's stronghold on its home turf of Texas. The trial showed that the Bandidos, once the second-largest biker gang in the world behind the Hell’s Angels, split off from its international chapters in Europe and Australia because of turmoil in the ranks.

By the time Pike became president in 2005, law officers estimated the Bandidos had 5,000 members in 210 chapters, located in 22 countries. But by 2016 — six years after Pike first sought to break away from most of the international chapters — the Bandidos had dropped to 100-plus chapters and more than 1,000 members mostly in the United States and parts of Latin America.

Despite its smaller numbers, the Bandidos still exerted clout. Texas’ deadliest biker shootout occurred while Portillo and Pike were at the helm. Neither Pike nor Portillo were at the May 17, 2015, shootout at Twin Peaks restaurant in Waco that involved other Bandidos, members of the Cossacks Motorcycle Club, some of their support clubs, and police. That incident resulted in nine bikers being killed, 20 injured and nearly 200 being arrested on state charges of engaging in organized crime in prosecutions that have yet to result in any convictions.

None of the charges against Pike and Portillo were for the Twin Peaks shootout, and during the federal trial, the two Bandidos leaders challenged the government’s contention that they were the bosses of what the feds called “the mafia on two wheels.” The pair denied ordering, authorizing or sanctioning the criminal activity of their fellow Bandidos, and Pike claimed local Bandidos chapters were autonomous and didn’t act on orders of national leaders. But federal witnesses that included ex-Bandidos and wiretaps of Portillo’s phone, along with body-wire recordings worn by cooperating witnesses, helped sway jurors to agree with prosecutors.

The federal jury convicted Pike and Portillo of conspiracy to murder and assault of members and associates of the Cossacks. Government witnesses testified that Portillo, with Pike’s approval, declared in 2013 or 2014 — before the Waco incident — that the Bandidos were “at war” with the Cossacks. According to that testimony, a number of violent acts — before and after the Waco gunfight — were committed by Bandidos around Texas in furtherance of this “war,” including in Fort Worth, Gordon, Odessa, Port Aransas and Crystal City.

Among the murders the jury heard about were that of Geoffrey Brady, a supporter of the Cossacks shot by Bandidos members in December 2014 at a Fort Worth bar; street gang member Robert Lara, who was shot by Bandidos in Atascosa County on Jan. 31, 2002; and Anthony Benesh, a purported Hell’s Angels member who was shot outside an Austin restaurant by other Bandidos on March 18, 2006. 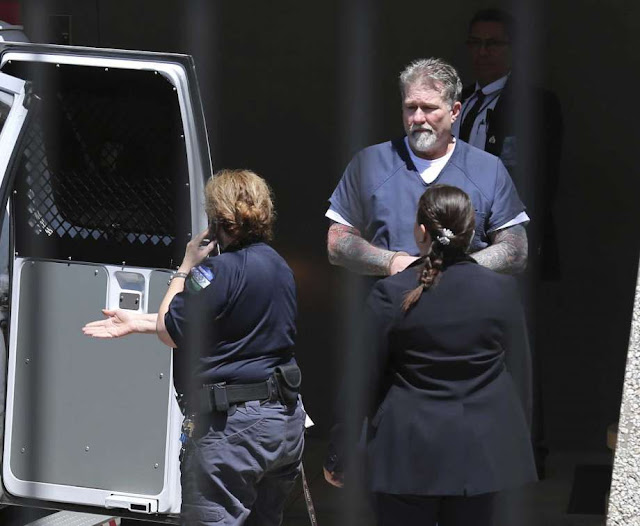 The clashes cited in the federal trial were over the Cossacks wearing patches on their biker vests that said “Texas,” which is considered the territory, and home base, of the Bandidos. Defense evidence showed Pike, at one point, had approved of Cossacks wearing the Texas “bottom rocker,” or patch, but at least one government witness testified that relations soured: Some Bandidos were angry that permission was granted for Cossacks to wear the patch, and because the Cossacks’ Texas patch was larger than the one Bandidos wear.

Pike was national president of the Bandidos from mid-2005 until he stepped down in January 2016 after his arrest. Pike picked Portillo as his national vice president in 2013. Portillo had been in that position until he was arrested, also in January 2016. Pike is scheduled to be sentenced by Judge Ezra on Wednesday, and also faces life in prison. Both men are appealing.