Rodgersville, TN, USA (September 17, 2020) - Red Dog Cafe co-owner Ben McGrew acknowledges that events like Saturday’s Rogersville Bike Nite are good for the downtown economy, but for him these local festivals have a greater purpose.

McGrew, who recently purchased a home about a block from his downtown eatery, said the real blessing of such events is the ability for people to still come together as a community and have fun. 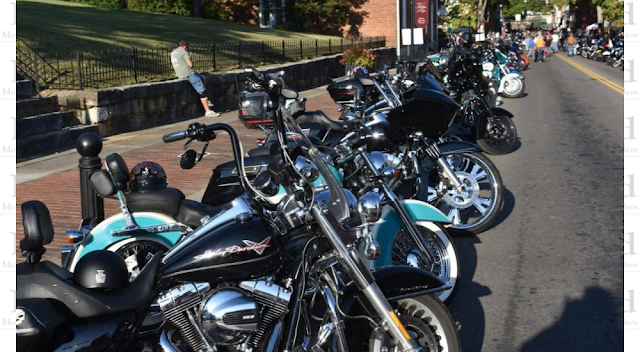 “Yes, the numbers are down for hospitality and restaurant businesses, but the numbers as far as community involvement aren’t down, and we really appreciate that,” McGrew told the Times News earlier this week. “Economy is what drives us, and in the end we need dollars to make these businesses happen. But first and foremost for the Red Dog, it’s the community.

You have people pulling together and spending their time to organize these events to attract people downtown, and for us the biggest thing is what the community does. In the end, the rest of it falls in place.”

“There are a lot of bikers in this area” The fourth annual Rogersville Bike Nite is scheduled for Saturday in downtown from 5-9 p.m. Main Street will be blocked at 4 p.m.

McGrew and both of his business partners are motorcycle enthusiasts, and aside from being a major sponsor of the event this year, McGrew is also a judge for Saturday’s Bike Show.

“Some of these motorcycles cost more than a new SUV, and they’re beautiful,” McGrew said. “There’s an interesting mix. You’ve doctors, lawyers, businessmen, etc. on their $50,000-$60,000 bikes, and then you’ve actual bikers.”

“Folks may be looking for something to do” The inaugural Rogersville Bike Nite in 2017 had 200 bikes show up, followed by 300 the next year, and 325 last year.

Rogersville Chamber of Commerce Director Nancy Barker isn’t counting on a third consecutive record breaking year, but she also isn’t counting it out.

“If COVID wasn’t going on, I would say a definite yes (to a new record Saturday),” Barker said. “With COVID, it’s hard to say whether people will venture out. The fact that so many events have been canceled across our area, folks may be looking for something to do, so you never know. We’ve got the space to accommodate however many show up.” 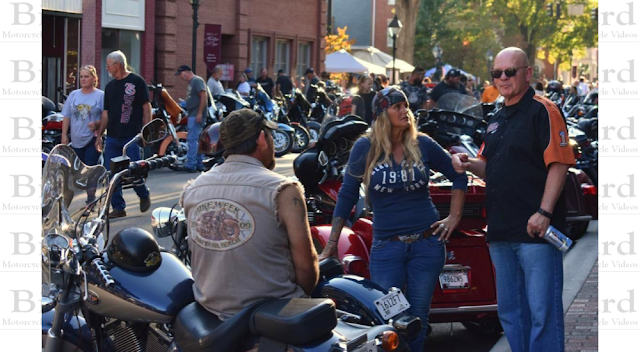 Live music will be performed by The Valley Authority, which plays a combination of rock, country and easy listening. Downtown restaurants will be open late, and several downtown shops will also be open.

A few vendors will be set up along Main Street including Busted Knuckles Motorcycle Shop from Rogersville, an audio store, and a motorcycle apparel store from Kingsport. Door prizes will be awarded throughout the event. Social distancing and face masks are encouraged, and there will be hand washing stations throughout downtown during the event. Free face masks will be available at the event information booth.

“Some of the most beautiful bikes you’ve ever seen” Barker noted that you don’t have to be a biker or own a motorcycle to enjoy Rogersville Bike Night. It’s fun to bring a lawn chair, listen to the music, and people watch.

“I’m not a big motorcycle person, but I love our show,” Barker said. “You’ll see some of the most beautiful bikes you’ve ever seen, and the original things that people do to them. It’s worth a walk-through. It’s amazing the creativity people have when it comes to customizing their motorcycle.”

Barker added, “It’s a great venue and laid back, and folks like riding in and being able to hang out and relax and visit with people and enjoy the music. With the restaurants open, it’s a good opportunity to check out some of the new restaurants. Apparently we’re doing something right because folks keep coming and it keeps growing every year.”