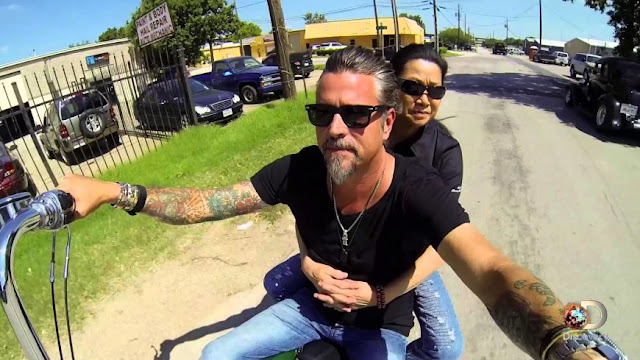 HARKER HEIGHTS, TEXAS (July 11th, 2016) Richard Rawlings from the Discovery Channel show "Fast N’ Loud" has purchased one of two closed Twin Peaks restaurants and will open a new restaurant there next month. The grand opening of the new "Richard Rawlings Garage" is scheduled for Aug. 10.

This is the Rawlings second restaurant, and his first outside of the Dallas area.

The Twin Peaks restaurant in Harker Heights was ordered closed in September 2015 by the company’s corporate office.

The company that owned the restaurant, Peaktastic Beverage LLC, also operated the chain's Waco restaurant, which was the scene of a deadly massacre on May 17, 2015. The Twin Peaks chain revoked the franchise of the Waco restaurant in May, a day after the Waco police gunned down nine bikers and another 20 injured.

The company allowed a third-party to continue to operate the Harker Heights restaurant after terminating Peaktastic’s franchise in order to give the owners time to determine whether to change the name or sell the business. The opening shows that the Fort Hood area is growing and attracting new and bigger businesses, Harker Heights Chamber of Commerce President Gina Pence said. 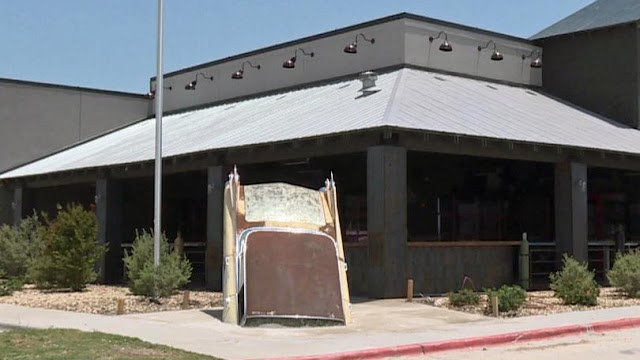 The trademark Twin Peaks totem pole has been replaced, appropriately, by an embedded car, as the grand opening of the new restaurant approaches. (Photo by Sam DeLeon)

"We’re also hoping that it will encourage more people to bring other industries into the community as well.”

Pence says there has been a big business boom in Heights over the last few years and she hopes this will attract other industries to open up shop in Harker Heights. On the Discovery Channel reality show Rawlings, along with Aaron Kaufman, seek out run-down cars and restore them for profit with the help from his Gas Monkey Garage crew.