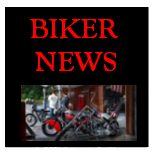 Then Came Bronson reflects and drew heavily on the background of Parks' own life story.

Michael Parks, the brooding actor who broke through as television’s first easy rider on Then Came Bronson and resurrected by David Lynch, Quentin Tarantino, and Robert Rodriguez as an icon of Hollywood cool, died on May 9th. He was just 77.

Born April 24, 1940, in Corona, California, Parks held various jobs – fruit-picking, ditch-digging, truck driving and fighting forest fires and married, briefly, at 16 before beginning the acting career that would span six decades. He started with a bit part on the ABC rural sitcom The Real McCoys and was the Biblical (and scantily clad) Adam in John Huston’s 1966 The Bible, and appeared here and there on episodic TV before riding to fame on a Harley-Davidson motorcycle as the title character of NBC’s Then Came Bronson. 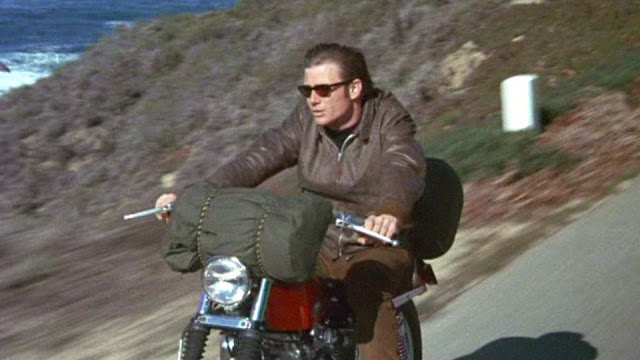 Though the show last only one season, Parks made a lasting impression as Jim Bronson, a loner who dropped out of society and onto the “long lonesome highway” – the title of the theme song that Parks himself sang – following the suicide of his best friend (played by Martin Sheen).

The episodic structure allowed Bronson to drop in (and out) of various American lives coast to coast, with new guest stars joining each week’s adventure. Kurt Russell, Penny Marshall, Jack Klugman and folk singer Buffy Sante-Marie were just a few. 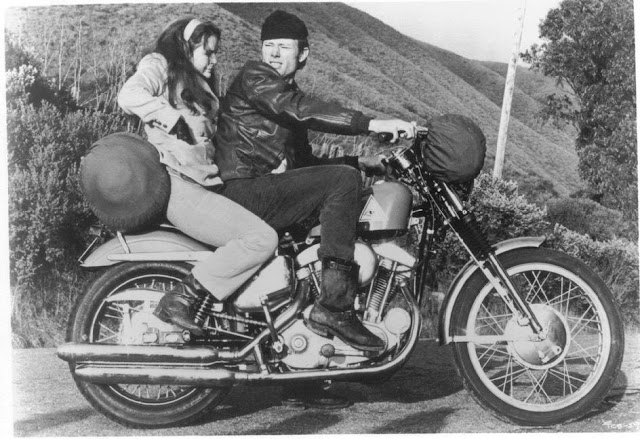 Parks worked steadily if without major note through the ’70s and ’80s, appearing on The Colbys, The Equalizer and The Return of Josey Wales, also directing the latter, a 1986 feature film sequel to the Clint Eastwood film The Outlaw Josey Wales.

The actor’s career was revitalized with Twin Peaks, the David Lynch sensation in which Parks played the murderous French-Canadian drug-runner Jean Renault. After that, he appeared mostly in feature films, a favorite of the hot ’90s directors who no doubt recalled Bronson.

Over the next decades Parker would appear in Tarantino’s From Dusk till Dawn and Kill Bill films, Django Unchained, the Tarantino/Rodriguez Grindhouse, Kevin Smith’s Red State and Tusk, and Andrew Dominik’s The Assassination of Jesse James by the Coward Robert Ford, among others.

His brief teenage marriage to Louise Johnson produced a daughter, and in 1997 Parks married Oriana Parks who, along with son James, survives him. Funeral services are pending.